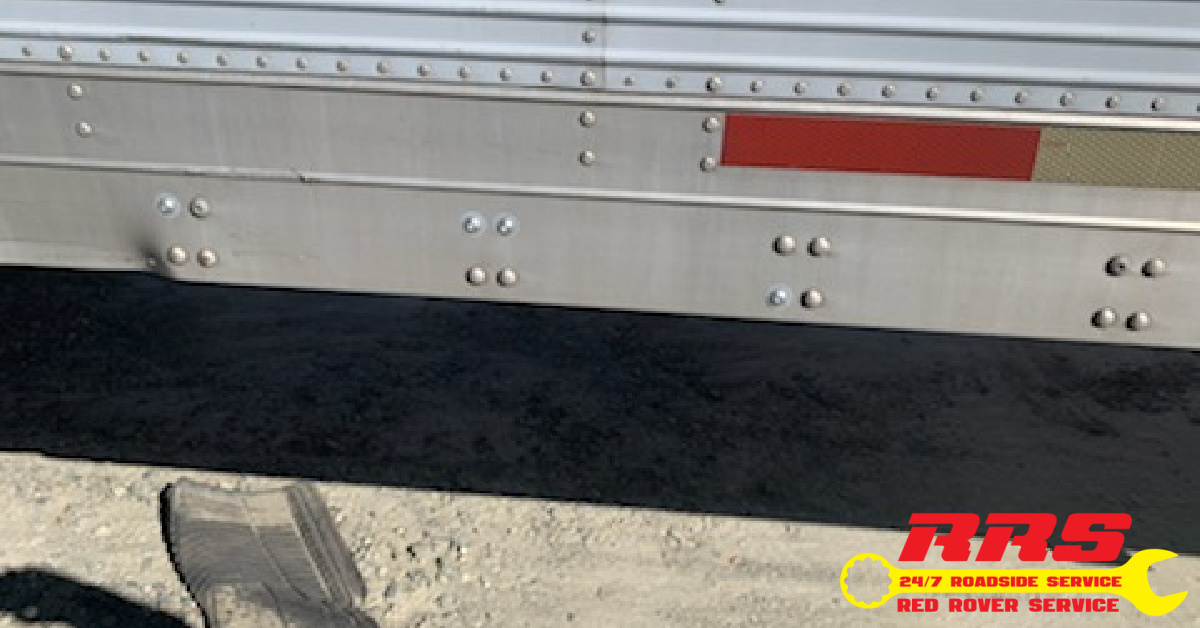 Side Rail Repair and Replacement: Repairing Your Truck With Red Rover

There are many services that we can offer to our truck driving clients here at Red Rover Service including side rail repair and that’s just what we’re going to be talking about today!

Side Rail Repair and Replacement: Repairing Your Truck With Red Rover

Let’s start with the basics – what is the side rail?

The side rail is the strip of metal that runs along the top and bottom of the trailer of your truck. There are two types of trailers – upper and lower.

What is the Side Rail For?

When a truck is built the chassis creates the initial framework that will bear the weight of the load being hauled. The framework of the chassis is defined by the side rails.

If the side rails of the truck are pushed past their yield strength, they are warped and the integrity of the trucks frame is compromised.

Side Rail Accidents and Issues

So, now that we have a better idea of what a side rail is, what kind of things can happen to the side rail that require the attention of a mechanic?

The most common problem that causes truckers to seek out rail repair and replacement is rust! If rust ravages the rail and causes damage the side rail may need replacing.

In another instance, if the side of the frame is dinged or dented, a quick repair can have it looking as good as new if done by the right mechanic.

Repairing and Replacing Side Rails

The side rails of your truck play a VERY important role and for them to carry out that role, they must have their integrity. What does that mean for you as a driver? It means that if your side rail is ravaged by rust, you need to have the entire rail replaced.

Can’t you simply cut out the rust and weld the rail? NO!

Although some people suggest cutting out damaged areas of the rail and welding it back together, this causes a pretty big problem.

Remember above when we mentioned that the side rail is what bears the load of your trailer? It is only able to do this properly because the rail is strong and the load is kept within the yield strength range. When you cut and weld the side rail, you create a point of weakness on the rail and this compromises the overall strength of the side rail.

Think of it this way –

You have a popsicle stick. You place some coins in the center of that stick and hold it up in the air. If you stay within the yield strength range, the coins will be held up by the popsicle stick.

Now, break the popsicle stick in half and tape it back together. Place the coins back on the stick right at the break point and see how the stick reacts. It may hold a few of those coins, but the chances are unlikely that the entire “load” of coins is going to hold. Place enough coins on there, and the stick will begin to bend, even though you reinforced it with tape.

Try superglue and you will get the same result. The simple fact is that once the initial integrity of the stick (or side rail) is compromised, you will never have that same yield strength and are going to be an accident waiting to happen.

Repairs on side rails aren’t impossible, however, if the damage done does not compromise the structure of the rail itself. Just be sure that if you do have a mechanic work on your side rails, that they are a reputable and experienced mechanic!

Looking For Side Rail Repair and Replacement Services?

Are you looking for side rail repair or replacement services? If so and if you live within range of the Charlotte, NC area, Red Rover Service can help! Just give us a call today at 704-317-6161 to set up an appointment and don’t forget to save our number for your emergency roadside needs!